Please never turn your back on your faith. Courage is crucial. There is no room for faintheartedness in faith. The timid doom themselves to ridicule–from their partners, from their children, from their friends, from the world at large. Nichiren declares that there is no place for cowards among his disciples. President Toda said the same.

WHETHER you are happy, sad or suffering, if you chant honestly to the Gohonzon with the feelings in your heart, your life will naturally proceed in the best direction.

But it is better to live a single day with honour than to live to 120 and die in disgrace. 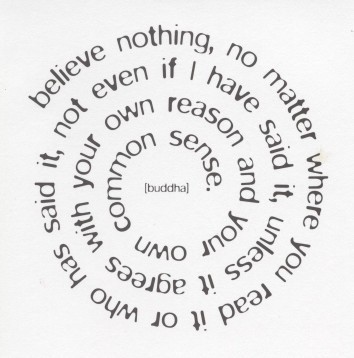 This letter was written at Minobu in the ninth month of 1277 and addressed to Shijō Nakatsukasa Saburō Saemon-no-jō Yorimoto, commonly known as Shijō Kingo, in Kamakura. Sometime around 1274, Shijō Kingo had begun making efforts to convert his lord, who was named Ema, to the Daishonin’s teachings. Lord Ema, however, did not respond positively. Instead, he reduced the size of Kingo’s landholdings and threatened to send him to the remote province of Echigo. Kingo’s colleagues spread scurrilous reports about him, and Kingo was accused of fomenting trouble at a debate in the sixth month of 1277, during which the Tendai priest Ryūzo-bō was bested by the Daishonin’s disciple Sammi-bō.

Nichiren Daishonin cautions Shijō Kingo and instructs him on the best course of behavior in his trying circumstances. Later that year Lord Ema fell ill, and Kingo, applying his medical skills, helped cure him. The lord was most grateful and in 1278 restored, and later even increased, Kingo’s landholdings.

At the outset of this letter, the Daishonin tells Kingo that he should remember his debt of gratitude to his lord, and stresses the Buddhist teaching that fundamental changes within oneself inevitably result in changes in the environment. He mentions that when he was about to be executed at Tatsunokuchi Kingo vowed to die by his side. Now Kingo is undergoing a severe ordeal and the Daishonin is exerting all his powers to protect him. The Daishonin says that, since Kingo was fortunate enough to have been born human and encountered the true teaching, he should accumulate “the treasures of the heart” and win the respect of others. Finally, through historical references to Emperor Sushun and others, the Daishonin teaches Kingo that as a Buddhist he should conduct his daily life admirably and be considerate of others.