AT ALL TIMES I THINK TO MYSELF:
How can I cause living beings to gain entry into the unsurpassed way and quickly acquire the body of a BUDDHA?
—– The Lotus Sutra EMERSON WRITES: “And so of cheerfulness, or a good temper, the more it is spent, the more of it remains.” Cheerfulness is not the same as frivolousness. Cheerfulness is born of a fighting spirit. Frivolousness is the reverse side of cowardly escape. Emerson also said that “power dwells with cheerfulness; hope puts us in a working mood.” Without cheerfulness there is no strength. Let us strive to advance still more brightly and cheerfully. 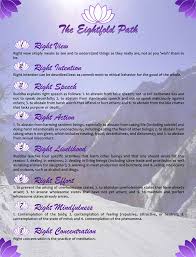 From the Writings of Nichiren Daishonin
Wednesday, April 1, 2015

This teaching was not propagated in the Former or Middle Day of the Law because the other sutras had not yet lost their power of benefit. Now, in the Latter Day of the Law, neither the Lotus Sutra nor the other sutras lead to enlightenment. Only Nam-myoho-renge-kyo can do so. This is not my own judgment. Shakyamuni, Many Treasures, the Buddhas of the ten directions, and the bodhisattvas who emerged from the earth as numerous as the dust particles of a thousand worlds have so determined it. 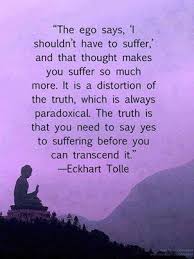 ONE’S position in the organization does not indicate the degree of his faith. You’re mistaken if you think someone has deep faith just because they became a leader. Faith is a matter of being strict with yourself.
THIS is explained in the GOSHO: EVEN IF YOU MAY BECOME WISE AND LEARNED, WHAT USE WILL IT BE IF YOU FALL INTO HELL?

WHEN your members have questions, you can guide them warmly and courageously so long as you yourself are developing, you will be swayed by your personal feelings and provoke antagonism from people who would otherwise understand your guidance quite easily.

WHAT is the source of development? First, it is the power of Daimoku. Secondly, it’s doing your best in your work and in carrying out your responsibilities. Third is your moment-to-moment determination, which gives rise to delight, hope and the driving force of progress.

IF your friend, whom you’ve worked together with Gakkai campaigns is appointed to a higher position, you should feel glad for him. If you become jealous or hold a grudge against him, consider it your own shame.

THE purpose of faith is not to obtain a position, but to attain enlightenment. Don’t deprecate yourself too much. The fundamental question, even for directors and the President, is how much one will do for Buddhism, how much fortune can they accumulate and whether they’ll be able to enjoy life to the fullest (Shujo Sho Yuraku)

FAITH is not formality. It’s ridiculous to expect people to respect you just because you’re a chapter or district leader.
A true leader is someone whom others continue to respect even when he’s relieved of his position, saying “His faith is beautiful. As a Gakkai member he is a true leader,” It’s frightening that some people chase after illusions in their eagerness for a position. (pgs. 62-64)