LIFE AND DEATH ARE ONE,
and the entity of our existence is eternal, persisting throughout past, present and future. The setting sun, radiant with joy, gives proof of its undiminished power and at the same time offers a promise of a bright tomorrow. Bringing our lives to a wonderful, satisfying close guarantees us the path to happiness throughout eternity.

MATERIAL POSSESSIONS CANNOT BE ENJOYED AFTER DEATH.
But millionaires rich in life force are able to freely make use of the treasures of the universe in lifetime after lifetime and enjoy a journey of eternal happiness. That is what constitutes proof of true victory in life. 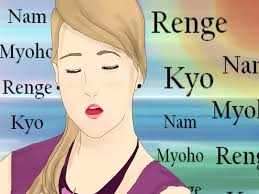 From the Writings of Nichiren Daishonin
Wednesday, April 15, 2015 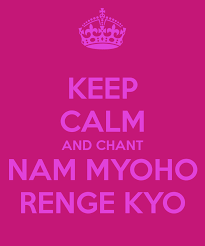 A country conducts its first nuclear test, and the whole world is thrown into fearful turmoil. Mankind dreads atomic power in the form of nuclear weapons, but when used for peaceful purposes, it will be unprecedented value. Its use, for evil or good, depends entirely on the ICHINEN of Leaders.

LEADERS must be humanistic, since their influence in the public is so great. Many more leaders are needed to help people become happy, which is why the Soka Gakkai must raise capable individuals. (p. 77)